The term self-actualisation goes back to the psychiatrist Kurt Goldstein, who believed that every organism had the need to fulfil itself at every moment and under every circumstance. He didn’t see self-fulfilment as a goal one seeks to achieve in the future, but something present in every breath.

Maslow developed this concept further and applied it exclusively to humans in his work. He regarded self-actualisation – achieving your full potential, while being present and appreciating life – as a need that sits at the top of what was later visualised as a pyramid of needs.

Karl Rogers, another humanist psychologist of the mid-20th century, also focussed on self-fulfilment. He argued that there needs to be congruence between our self-image and the ideal self (the person you would like to become) for us to be able to fulfil our full potential. He said that behind incongruence is the belief that to be valued and loved we need to do something and meet some conditions.

Unfortunately, as children we might not have learned that we had inherent worth independent of our achievements, knowledge or looks. Which is unsurprising, because both our education system and corporate culture encourages competition and rewards achievements, so both children and adults are led to believe that their worth is dependent on how well they do things.

By regarding others as our competitors, we inevitable start comparing ourselves to them. Much stress and anxiety stems from comparison, even if we do it to motivate ourselves to improve our skills. In most cases, we cause more harm, simply because we cannot stay objective and merely look at the strategies applied by someone else. Instead, we see in the other person someone more able, more knowledgeable, somebody we would like to become but can’t. Instead of being motivated to act differently, we now feel stuck, and our self-esteem suffers.

Maslow identified self-acceptance as one of the key characteristics of high achievers. Accepting yourself implies accepting your flaws as well as your so-called positive characteristics. You need some courage to accept part of you that you have been taught to see as a flaw. But by accepting every part of who you are, you’re liberated from always trying to hide it from others and becoming defensive when you’re reminded of them. In fact, by accepting them, you are more able to change them.

If you plan on being exactly what you’re capable of being, you’ll have to return to your feelings and your beliefs. Do you believe that success is available for you? If you don’t, what is the reason for believing that you cannot be successful on your chosen path? Don’t shy away from the feelings that come up, they are part of you, invite them in, listen to them, because they have something to teach you.

Once you have accepted every part of you, you can ask yourself what beliefs would benefit you most now and choose to rearrange your life in such a way that these beliefs are consistently reinforced to achieve your freedom.

And once you’re free of stress and anxiety, you will be able to achieve your dreams and be happy all the days of your life. 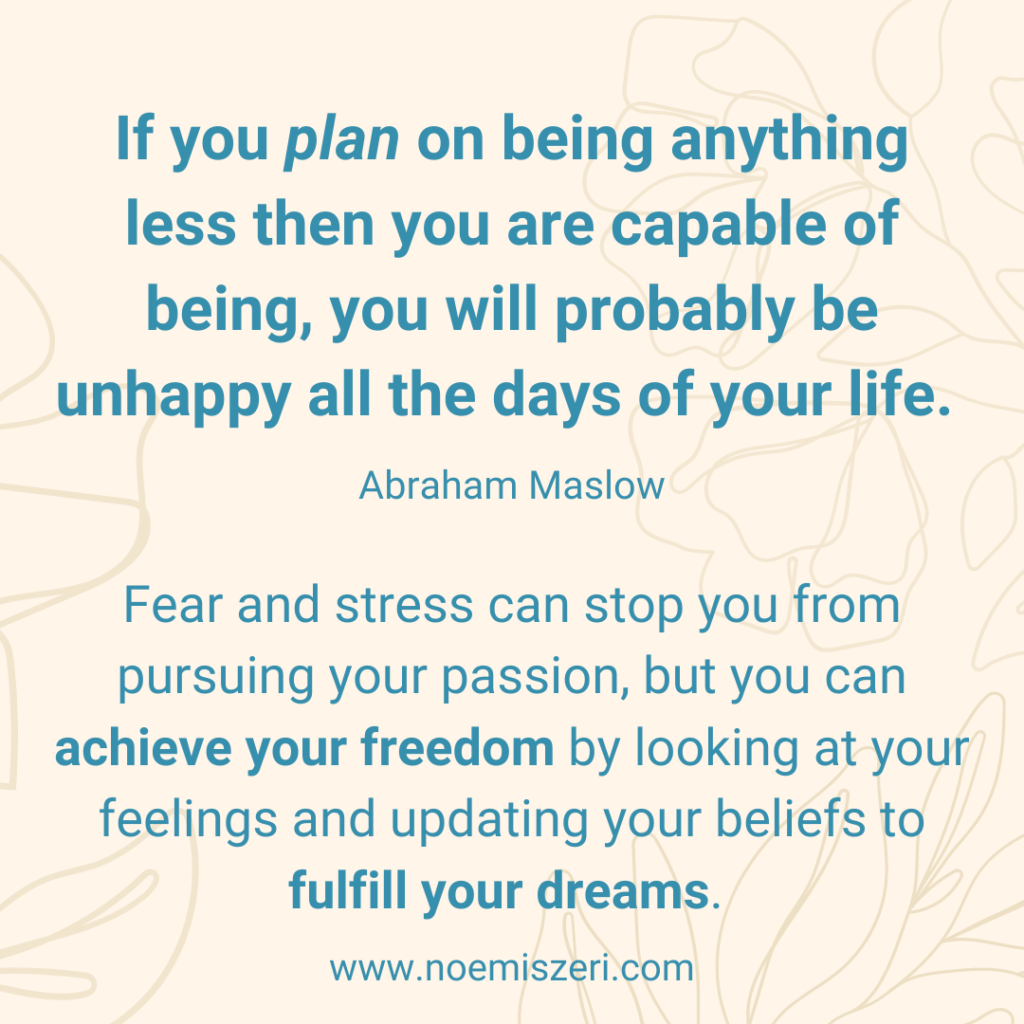